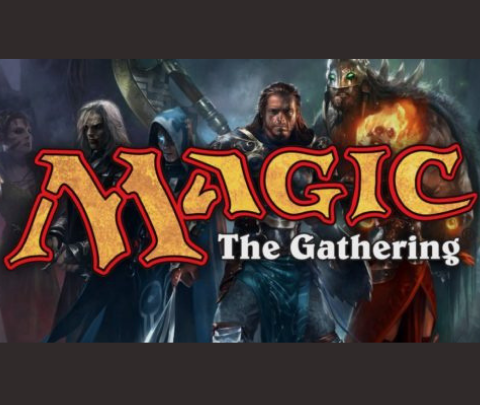 Join us to play Magic: the Gathering, all levels welcome!
Cards to play the game are provided.

Game instruction is provided by local Magic enthusiasts, Seth & Michelle Robertson. Bring a friend or come on your own and we will match you with an opponent!

About Magic: The Gathering

Magic: The Gathering (colloquially known as Magic or MTG) is a tabletop and digital collectible card game created by Richard Garfield. Released in 1993, Magic was the first trading card game and had approximately thirty-five million players as of December 2018.

A player in Magic takes the role of a Planeswalker, a powerful wizard who can travel ("walk") between dimensions ("planes") of the Multiverse, doing battle with other players as Planeswalkers by casting spells, using artifacts, and summoning creatures as depicted on individual cards drawn from their individual decks. A player defeats their opponent typically (but not always) by casting spells and attacking with creatures to deal damage to the opponent's "life total," with the object being to reduce it from 20 to 0. Although the original concept of the game drew heavily from the motifs of traditional fantasy role-playing games such as Dungeons & Dragons, the gameplay bears little similarity to paper-and-pencil games, while simultaneously having substantially more cards and more complex rules than many other card games.