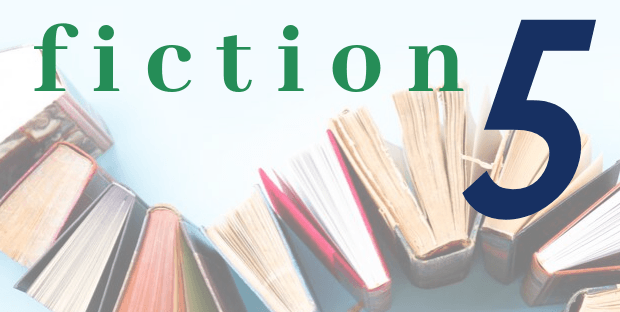 Five picks each month from Leslie, our fiction selector.

The Candy House by Jennifer Egan
From one of the most celebrated writers of our time, a literary figure with cult status, a "sibling novel" to her Pulitzer Prize- and NBCC Award-winning A Visit from the Goon Squad --an electrifying, deeply moving novel about the quest for authenticity and meaning in a world where memories and identities are no longer private.

Intellectually dazzling and extraordinarily moving, The Candy House is a bold, brilliant imagining of a world that is moments away. With a focus on social media, gaming, and alternate worlds, you can almost experience moving among dimensions in a role-playing game. Egan delivers a fierce and exhilarating testament to the tenacity and transcendence of human longing for real connection, love, family, privacy, and redemption.

Vladimir by Julia May Jonas
A provocative, razor-sharp, and timely debut novel about a beloved English professor facing a slew of accusations against her professor husband by former students--a situation that becomes more complicated when she herself develops an obsession of her own.

With this bold, edgy, and uncommonly assured debut, author Julia May Jonas takes us into charged territory, where the boundaries of morality bump up against the impulses of the human heart. Propulsive, darkly funny, and wildly entertaining, Vladimir perfectly captures the personal and political minefield of our current moment, exposing the nuances and the grey area between power and desire.

Night of the Living Rez by Morgan Talty
In twelve striking, luminescent stories, author Morgan Talty--with searing humor, abiding compassion, and deep insight--breathes life into tales of family and a community as they struggle with a painful past and an uncertain future. A boy unearths a jar that holds an old curse, which sets into motion his family's unraveling; a man, while trying to swindle some pot from a dealer, discovers a friend passed out in the woods, his hair frozen into the snow; a grandmother suffering from Alzheimer's projects the past onto her grandson; and two friends, inspired by Antiques Roadshow, attempt to rob the tribal museum for valuable root clubs.

A collection that examines the consequences and merits of inheritance, Night of the Living Rez is an unforgettable portrayal of an Indigenous community and marks the arrival of a standout talent in contemporary fiction.

The Furrows by Namwali Serpell
How do you grieve an absence? A brilliantly inventive novel about loss and belonging, from the award-winning author of The Old Drift.

Namwali Serpell's remarkable new novel captures the uncanny experience of grief, the way the past breaks over the present like waves in the sea. The Furrows is a bold exploration of memory and mourning that twists unexpectedly into a story of mistaken identity, double consciousness, and the wishful--and sometimes willful--longing for reunion with those we've lost.

Olga Dies Dreaming by Xochitl Gonzalez
A blazing talent debuts with the tale of a status-driven wedding planner grappling with her social ambitions, absent mother, and Puerto Rican roots--all in the wake of Hurricane Maria.

Set against the backdrop of New York City in the months surrounding the most devastating hurricane in Puerto Rico's history, Xochitl Gonzalez's Olga Dies Dreaming is a story that examines political corruption, familial strife, and the very notion of the American dream--all while asking what it really means to weather a storm.